Over the last few months team rider and French connection (through BMX Avenue) Clément Santos-Silva has been out filming for his latest project “BIENVENUE” and we are proud to finally show you what he’s been up to. From Covid lockdowns, to moving cities, and a broken foot, there wasn’t much that could stop Santos from getting out and filming clip after clip with good friend Kevin Manez.
Click the link below to watch “BIENVENUE” and scroll down to read some words from both Santos and Kevin about the entire filming experience. 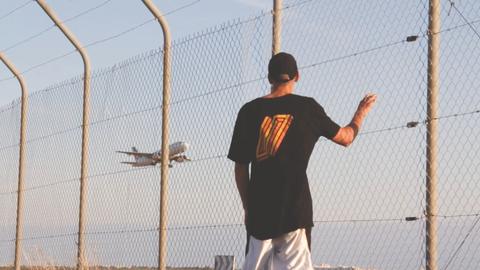 We started filming this project not long after Santos received his new bike, and at that time we were still roommates so the motivation to go out and film was always there. After a few weeks of filming in Montpellier he broke his foot on a handrail and decided to move back to his family home for a few months to recover. Once he was all healed up we were back on and we headed out to Strasbourg to see friends (thanks to Jo and Arnaud by the way) and from there the filming process resumed with a different energy; a better more natural vibe with more fun during the session and less pressure, we recorded a few clips here, and then we headed off to Lyon to continue filming.

I want to thank Santos for choosing me to make this video, it has been an honour and it has strengthened our friendship. I cannot wait for the next project! 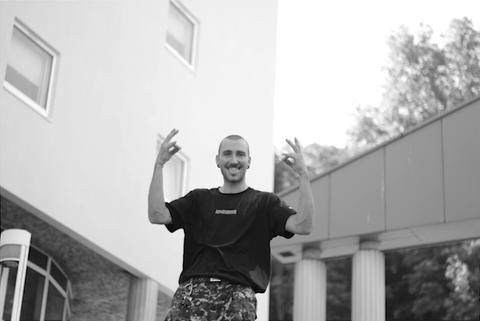 I broke my foot after 1 month of filming for this project which left me with a lot of questions and frustrations on if we would be able to finish it, but after a lot of work I was able to ride again so I spoke to Kevin, and we decide to move to a different city in France and get right back to filming. We hit Strasbourg, Lyon, Montpellier, Toulouse and Bourgoin-Jallieu which is where the firecracker to firecracker was filmed. I had spent nearly a year looking for this spot and finally I found it just near my parents’ place.

Kevin was there the whole time with his natural positive energy behind the camera pushing me with my riding and supporting and helping me when I was injured. He definitely kept me up during the all process! I can’t be thankful enough for that, he did an amazing job and I am so proud of his filming/editing and the way of this video turned out, much love brother!